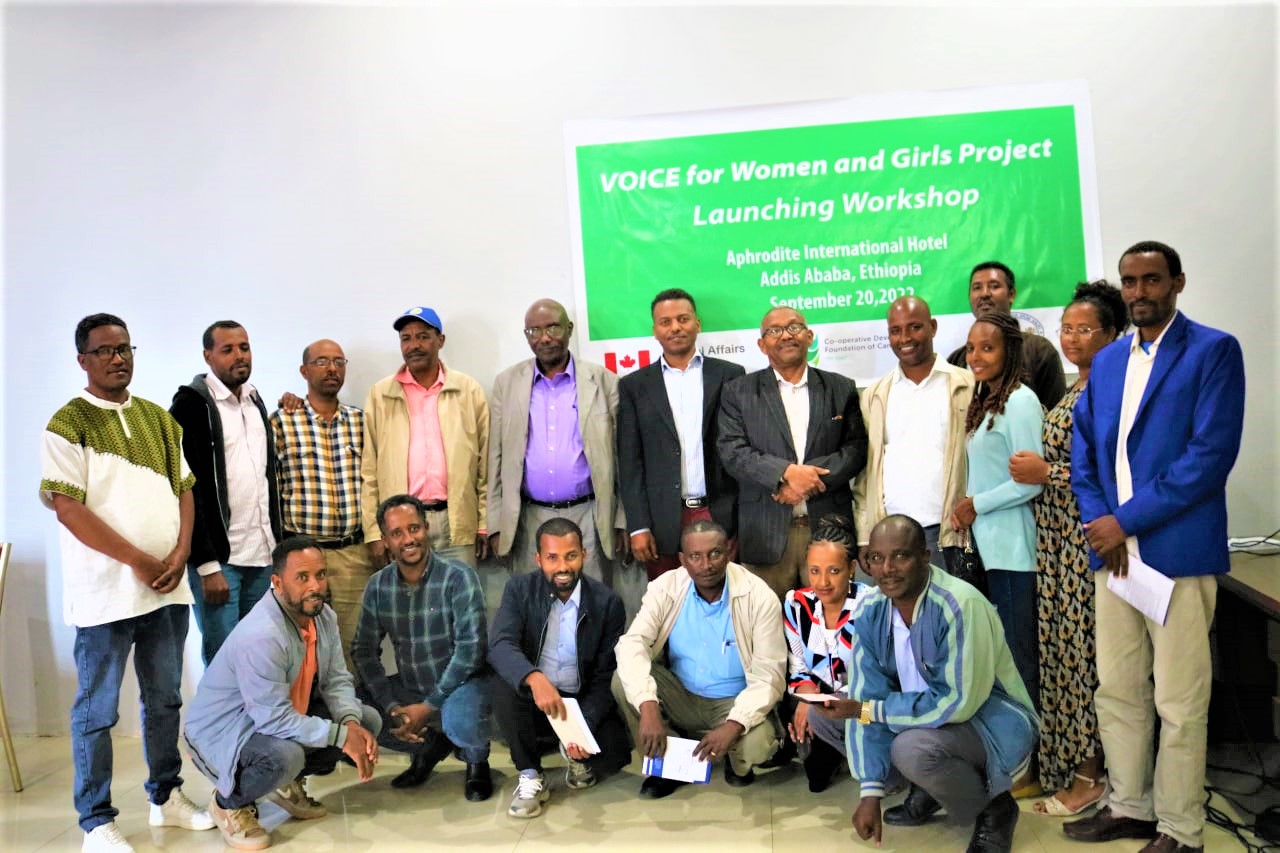 Voice is a project designed to be implemented mainly to empower women, build the capacities of cooperatives and individual producers.

The project is funded by Global Affairs Canada (GAC) via Co-operative Development Foundation of Canada (CDF) and Ethio Wetlands and Natural Resources Association (EWNRA) will be the only voice project implementing partner of CDF.

Voice project will be implemented in three districts of two regional States i.e. in Minjar Shenkora and Fogera districts of Amhara region and in Abaya district of Oromia region.

Volunteers are expected to be primary actors of the project in terms of capacity building and support across the project areas. 38 volunteers from Canada

are expected to be engaged during the project implementation period.

The project has a total budget of 32.2 million Birr and will be implemented for 5 years, untill 2027.

The joint visiting team from Ethio Wetlands and Natural Resources Association (EWNRA) and the Development Fund of Norway continued its monitoring and visit.

No comments to show.